With over 2620 delegates, the surrounds of the Goldfields Arts Centre are heaving, Thats is not just from the people, but the 70+km/h winds that have worked their way in to the State as well. It seems that the absence has made the heart fonder in this instance. Over two years of Diggers, there was a lack of Eastern States and International guests. They have returned and in large numbers. Speaking of reacquainted, we hear the conversation between Premiership Captain and Coach was a source for interest in the likes of John Worsfold and Chris Judd catching up in the middle of the Diggers Marquee.

Handshakes galore, deals a plenty, ESG still a topic, but it’s the same Diggers and Dealers we appreciate and know. The chance to seek deals and thirst quenchers, while learning the latest company information and hot stocks.

While the steady stream of folks entering Kalgoorlie Boulder has been strong, so too have flight cancellations. Outgoing CEO with FMG, Elizabeth Gaines having delivered her presentation virtually due to the inconvenience, ended with “over this three day event, you will hear from more speakers who have the name Mark and Peter than you will from women.” A fact that resonates and shows that there are  only a very small amount of women in presenting roles at this year’s event.

There seems to be a renewed interest in presentations at Diggers, which is the core of the creation 31 years ago. The Forum seats rare, when the likes of Bill Beament, Stu Tonkin and Ral Finlayson take to the stage. The personality from the likes of outgoing Mincor boss David Southam on show as he claims there were attempts to rename the Goldfields Arts Centre the Nickelfields Arts Centre after recent results. 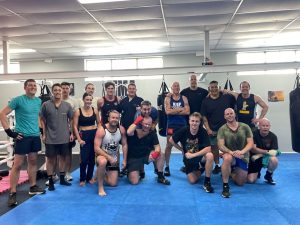